Art and science, the breakthrough

Until the 29th of October, at the Vrije Universiteit Amsterdam ART Science Gallery, there is an exhibition called Symbioses, where four different artists in collaboration with four scientists explore the boundaries and interactions between technology and organisms. 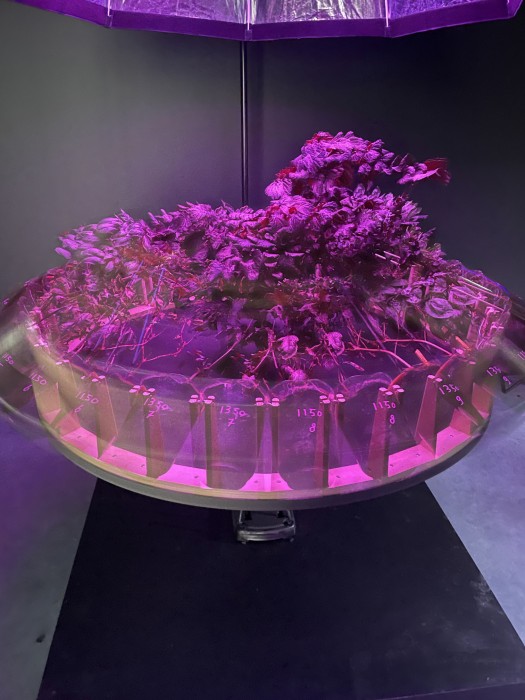 I joined one of their open discussion days, where the aim was to sit in a circle with the scientists and artists while discussing and openly asking questions. Such format gave the opportunity to examine and confer many angles on the above mentioned topics. We were all given the chance to ask questions, conceptualize, and engage in the discussion. Offering the presence of both the artists and scientists was an astonishing experience. 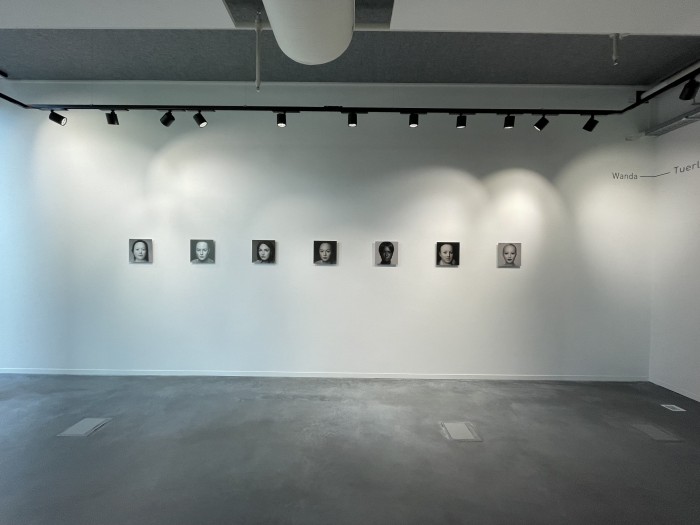 To clarify, I relished when discussing the world’s most innovative androids, there was the view from the scientist (e.g., the engineering behind AI, research, usage) but also from the artist (e.g., the empathetic and emotional projections on AI), as well as an interpretation of the project between the scientist and the artist (e.g., when AI’s and humans photographed together they both mentioned that they could only notice similarities). This gave the rest of us a lot of room and points to discourse further our interpretations and views on such multifaceted topics. 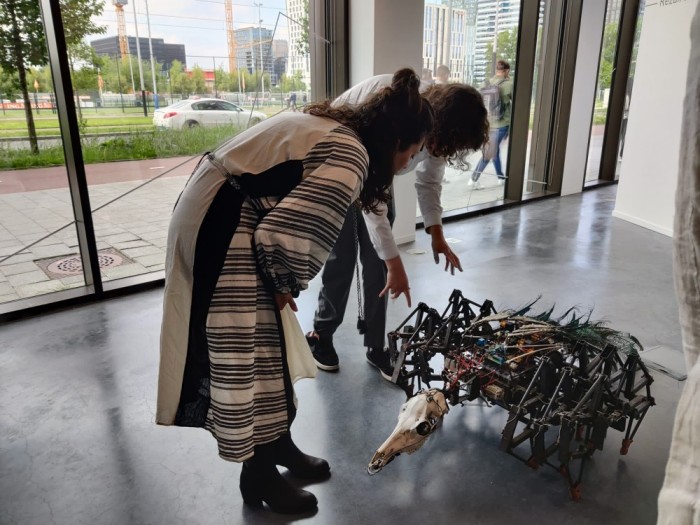 Stemming from that, one of the things that in general stood out to me was that scientists tend to work in more isolated settings, and there is a trend taking as factual ‘reality’ their research. A set up like the one shaped in the VU art gallery – which was interpreted by me as a village from various fields – worked in the same line as reviewers from open science. Hence, by questioning in a collective and collaborative way one’s research, many facets and insights arise. At moments, I felt something shifting and a realization was made: in solitude all may feel real, but when with others we question, and only with questioning we can go beyond.

Following, we visited the gallery where their projects are exhibited. There, you could converse with the artists who were all enthusiastic to demonstrate their work and answer any questions.

Before closing this post I did some research exploring initiatives merging art and science, and with great surprise and excitement I found many of them. I thought of including them in this post for whoever is intrigued and curious to prospect: 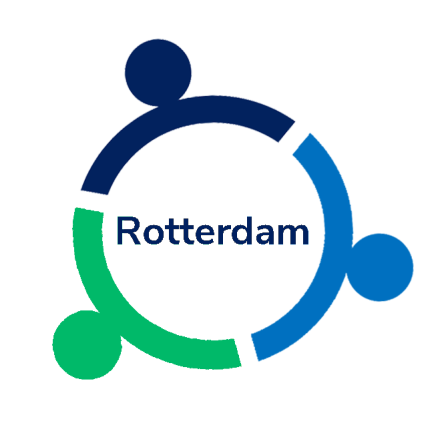 Art and science, the breakthrough

Aug 8, 2022
I visited, in the beginning of June, an initiative at VU Amsterdam; their new ART Science Gallery.